This the second of a series on this latest development at the FCTC. See Part1: Background.

In a thoughtful overview of smokeless tobacco and its application to harm reduction, Snus Use in the U.S.: Reducing Harm or Creating It? (from the most recent edition of the Journal of the National Cancer Institute) Renee Twombly writes:

“But a 2008 literature review commissioned by the European Union study found that use of smokeless tobacco almost eliminated respiratory disease and substantially cuts the hazard of other health effects, such as cardiovascular disease and oral and gastrointestinal cancers. The exception, they and other experts say, is highly carcinogenic smokeless tobacco produced and consumed in India, Southeast Asia, and northern Africa, which increases oral cancer risk.”

This passage from this relatively modest though learned journal manages to convey that smokeless tobacco is a category shared by products that have very different health risks. However, for some reason, the Convention Secretariat report, supposedly representing an analysis of the most current and in depth information on the subject, (as we would hope since it is intended to influence global policy and millions of lives) is a grade school level essay in comparison in which all manifestations of smokeless tobacco around the world are characterized as one basic undifferentiated product. The different ones are listed off but there is no attempt to distinguish among the wildly varying risk levels of these very different substances. Its as if, and I suppose we may one day have that unhappy day as well, alcohol was the target and all beer (including light beer), wine, spirits, moonshine and every exotic unusual liquor, were treated as one substance.

Another inappropriate generalization is made in the following on page 1:

“Until recently it was erroneously believed that smokeless tobacco was a less harmful alternative to smoking tobacco as it did not contain PAH. This assumption was proved to be wrong by recent research that has established that moist snuff becomes contaminated with PAH during the curing of tobacco leaves required for its preparation.”

Though PAH levels are worth studying, they are not the reason smokeless tobacco is a less harmful alternative; it is less harmful because, when compared with smokers, people who use it live longer and have lower levels of disease. (And while there are many stated disease associations and other health statements in this report that are quibble-worthy, this ground has been covered enough times already that these insufficiencies will be ignored in the interests of a not too long post).

But now that it has been established that all smokeless tobacco is pernicious, it needs to be emphasized that there is no possibility of a rational increase in demand for smokeless tobacco (whether motivated by health concerns or simply by preferring it to smoking) but only an increase in response to untoward machinations on the part of Big Tobacco. On page 3:

It turns out that smokeless tobacco and its marketing is actually evil in intent. Persistently nudged by tobacco companies, users will add this to their current smoking, and thus make cessation even less likely (see this previous post for a discussion of this nonsense or Brad Rodu’s take on it) . Not only that, and that last sentence has a wondrous lack of any logic, this will also happen in countries with good smoke-free environments. If one were to attempt any logical construction with the elements of that sentence it would be something along the lines of smokeless tobacco helping to maintain smoke-free environments.

“[Electronic cigarettes] should be regulated as nicotine delivery devices, and where this regulation is not possible under tobacco control laws, should be subject to regulation of contents and labelling, prohibitions against use in public places, and restrictions on advertising, promotion, and sponsorship.”

If I read this correctly, they are suggesting that if local tobacco laws do not cover these new devices, go ahead and prohibit them anyway like any tobacco product. Oddly enough, and though there are reasonable arguments to treat them as tobacco products, they do not produce tobacco smoke which is the basis for many of those existing regulations. But of course, as they love to repeat, and I will repeat it here as well: “Nicotine is a highly toxic and addictive substance that poses a serious risk to health. Nicotine and nicotine products for human use should be regulated.” (Page 6). This leads off the arguments against electronic cigarettes and given the prominence you wonder how they could ever use this demon substance in Nicorette or other pharmaceutical cessation aids.

In regards to smokeless tobacco, the Secretariat writes of control and prevention but there is no hesitation in considering banning when discussing e-cigarettes –banning and the protection of public health (on page 5). And this relates to what we’ve written about before here and there about anti-tobacco activism in general in that one of the key problems is that this product is not being placed in the context of a population that for better or worse likes to and continues to smoke but rather in some fantasy of a nicotine free world. Protecting public health is as much about providing safer alternatives for desired yet risky practices as it is about making sure products are safe. It is all about that balance, and the FCTC is sitting firmly and heavily on one end of the nicotine teeter totter watching as users are flying into the air and risking possible injury. 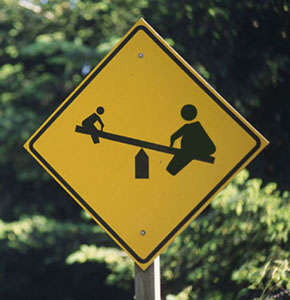 The next and perhaps last post in this series will discuss the confusing arguments around the pricing of smokeless tobacco products (for instance why they should never be cheap but why it is criminal that they strain subsistence household budgets, and more).