(Before I forget I must thank Patricia over at NicotineBuzz for distributing as much tobacco related news as she does; in the last few days amongst them were these two stories which otherwise I might easily have missed.)

1. ‘54% youth take to smoking due to Bollywood, regional cinema’ 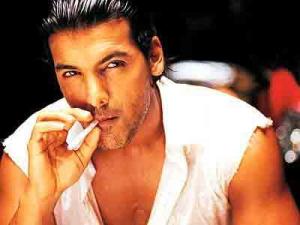 We have written before about the ludicrous suggestion that the movies (as opposed to either the real world, or even television) are responsible for a substantial portion of youth taking up smoking (here and here and here and here; what can I say -it’s a great topic!). Well, take that story travelling over a few borders, and as they say, the gloves come off, and we find out that in India, the movies, or Bollywood, is responsible for 54% of youth smoking and 30% of the rest! (Article from the Times of India here).

Gladstone D’Costa of VHAG, pointed out that filmmakers often cited creative freedom as reasons for them to portray smoking in films.

“What is more important? The creative freedom of the film industry or the destruction of 114 lives every hour from tobacco related diseases?” he questioned.

Salkar added, “All creative film directors should visit hospitals offering treatment for cancer and see the suffering the patients endure. Only when the film directors see these struggles will they be aware of the consequences tobacco has on human lives.” 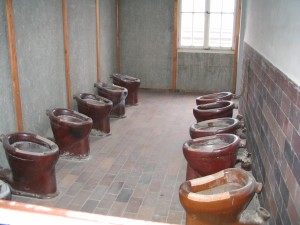 School administrators said students have been smoking in the bathrooms, so they removed several stall doors in order to prevent them from lighting up in the lavatory.

Officials said there is at least one stall in each bathroom that still has a door.

Wait til others in tobacco control hear about this innovative move. I suppose staff (or civic minded fellow students) would smell the cigarettes but the malefactor would flush them and then claim innocence.

I can’t help but think that if one stall is left, the smokers will crowd into it while the non smokers will be forced to evacuate in full view of their fellow students. (And while I am sure that in the interests of fairness, the administration probably did the same in their own washrooms, they are probably too modest to say so.)

4 thoughts on “The whackier extremes in tobacco control: smoking in the movies and in the lavatory”