If you are going to approach the issue of tobacco as a war, that is as a political rather than a health issue, then best your chief physician should be a general, and in that respect Regina Benjamin does not disappoint. 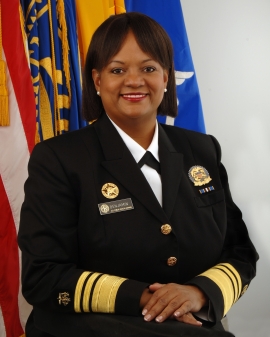 Though her one puff claims are quite dramatic, she still has some way to go to match her predecessor, Richard Carmona’s statement of “No matter what you may hear today or read in press reports later, I cannot conclude that the use of any tobacco product is a safer alternative to smoking.” (congressional testimony at “Can Tobacco Cure Smoking? A Review of Tobacco Harm Reduction” (2003)). Possessing the strength of character to dismiss all possible future evidence that might be laid in front of him, he also was at least forthright enough to admit that he would work toward banning tobacco altogether.

But she has a good start here.

The one puff theory falls into the fine old tradition of taking infrequent and highly improbable events and presenting them as likely. The first that came to mind was the one time trying cocaine causing a heart attack in healthy individuals scare from some time ago but even within tobacco there are other variations such as 15 minutes near a smoker can kill you to the that one cigarette will hook you (thoroughly debunked in a recent article in Harm Reduction Journal and forthcoming followup by Carl Phillips in the same journal) and it is really not too much of a stretch to connect this to the Californian belief that even an image of smoking in a movie (as opposed to murdering or speeding) will create a smoker (but not a murderer or speeder).

So one puff can kill a never smoker.

So if I am a really subtle assassin I will do the research that determines that my target is vulnerable to cigarette smoke and then just hire a few smokers to stroll by. But like the hitman who is slyly sends his victim out golfing in the rain, I would end up as the extremely subtle but also unemployed hitman.

Like any ludicrous anti-tobacco claim this one puff claim is being uncritically repeated from coast to coast and I’m sure that some of the people buying in must be smokers themselves who are the greatest evidence against this claim meaning anything at all.

If you take a ten cigarette a day smoker and accept the general idea that the average smoker takes ten puffs off of a cigarette that gives you 100 death defying puffs a day. Since the idea of smoking leading to premature death and disease comes from the concept of a lifetime chronic smoker (let’s say from 18 to 68 years old), we now have just over 1.8 million puffs. We also have an accepted notion that it is only 1 out 2 or 1 out of 3 smokers who die from smoking so if it is a fatal puff that kills, we have an occurrence of between 1 out of 3.6 million to 1 out of 5.4 million puffs. And even suggesting that 1 out of 5 million puffs kills assumes that there is no cumulation of damage from one puff or year to the next, which is obviously incorrect.

The only reasonable conclusion from this is if one puff can kill a non smoker then smokers must be the hardiest people on the planet. (And looking at it another way, despite the long term risk, smoking could be interpreted as being protective against the sudden premature traumatic one puff death the non smoker would be vulnerable to.)

In fact, if you have already survived 100,000 puffs that might be some indication that you will survive the rest (if you buy into the one puff idea). In other words why quit ever? And even if you are a never smoker, it is quite likely that you have already been exposed many times to a puff here and there, and not died, so maybe starting is less dangerous than you thought.

Even if it was one specific puff that was the trigger of fatal events in the smoker, it makes much more sense to think of smoking as a combination of wear and tear with some smaller risk of a trigger component. We are pretty sure that the more you smoke not only does your likelihood of disease increase, so does the everyday sort of annoyances like shortness of breath, sore throat, etc. And we know that when you quit smoking some of these effects disappear and over time your risk of dying from tobacco use diminishes drastically. And it does so over time.

It is sometimes useful to note, for purposes of theoretical analysis, that for any given smoker there must one particular puff that will be the point of no return [Phillips Harm Reduction Journal 2009]. But this is not because that puff was uniquely bad and if the smoker had waited until that day to start it still would have killed him. That puff is fatal because of the wear and tear from the previous few hundred thousand or million puffs have brought the smoker up to the point where just one trigger is needed.

Rather than hearing some new ideas on how to actively reduce the harms associated with smoking, all we are hearing amidst the thunder of the cannons of the last SG report, and the latest reports that second hand smoke is killing everyone in the world, is another “you’re all gonna die”.