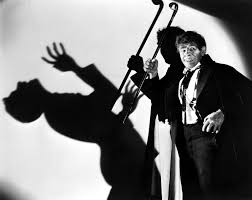 We are living through Jekyll and Hyde days when it comes to the future of vaping.

Popular news items are usually positive accounts spiced up with just a little  of “but we don’t know what is in them”. Though the occasional research with negatively interpreted findings arises, the bulk of research still tends toward supporting e-cigarettes as being the most effective cigarette alternative yet and the most effective quit smoking route despite it not really being a cessation device.

On the other hand, there seems to be just as much of an impetus to control e-cigarettes as medical devices and to ban their use in any place smoking is banned.  And there are still countries moving towards banning c-cigarettes outright. As has been noted by many, medicalization and the attendant testing requirements end up manifesting as a quasi-ban.

Opponents of vaping have cast the argument as one of fearing for the children, as vaping being a gateway to smoking, and as possibly having unknown long term health effects.

Is there anything new we use that does not have “unknown long term health effects”? – unknown covers a lot of territory.  Remember cell phones and brain cancer – somehow that did  not lead to a ban or much of a discussion of one. And could it have been not because the relationship was tenuous but because just about everyone was already using them?

The population of vapers is growing and that could stop any real ban since governments have to realize that the creation of a black market is not in their interests, But that does not stop regulatory impositions.

Its all about money on both sides of the argument.  Yes, many of us are concerned about the great public health benefit arising from smokers switching but the powers that be only seem to really act when entrenched interests are involved (in this case on the one side vapers and on the other pharmaceutical and tobacco companies).

Medicalizing hands the market over to drug and tobacco companies (and perhaps one or two large enough e-cigarette companies) who have the resources to wait the decade or so to bring the then verified-by-testing product to market and then by virtue of the product being a therapy keeping the free market at bay.

History is a sobering study when it comes to the right thing happening. Despite the thousands of successful switchers and the piss poor effectiveness of every other nicotine alternative, despite the potential drop in tobacco related disease if vaping was actively supported as an alternative by the health authorities, despite the report after report of how clean vaping is compared to smoking, this good product could still end up being moved out of the reach of the average smoker.